Some facts and information about the Meadow Creek proposed project

Meadow Creek is a joint venture between Suncor and Nexen Energy ULC with Suncor as the operator.

Project facilities for both projects will include central processing plants, cogeneration, well pads, electrical power lines, storage tanks, pipelines and access roads. Other infrastructure that may be constructed to support the projects includes borrow pits, laydown yards and lodges.

Meadow Creek East is located about 45 km south of the city of Fort McMurray and 20 km southwest of Anzac.

Meadow Creek West is located about 40 km south of Fort McMurray and approximately 35 km southwest of the town of Anzac. 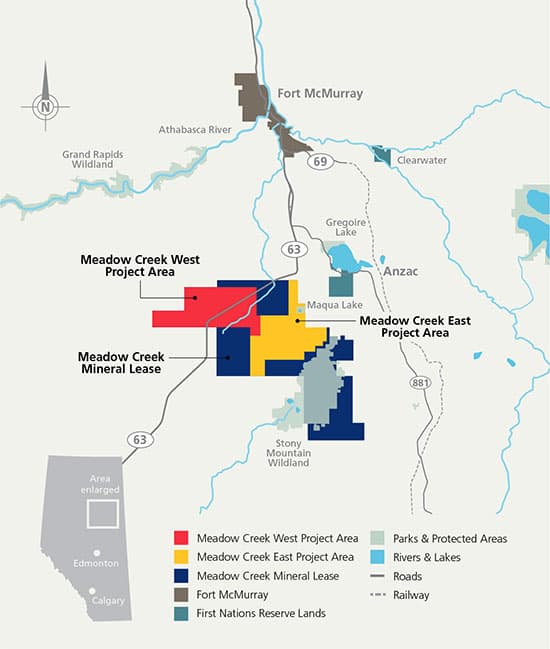 Following approval by Suncor's Board of Directors, planned construction of the first stage of Meadow Creek East could be over three to four years with first oil anticipated as early as 2023.

Suncor submitted an application to the Alberta Energy Regulator for Meadow Creek West in October 2017. Following approval, we currently estimate construction could begin in 2023 with expected first oil as early as 2025.

SAGD involves removing bitumen (a thick form of crude oil) from the ground by injecting steam into an oil sands reservoir and pumping the oil and water mixture to the surface. How it works: 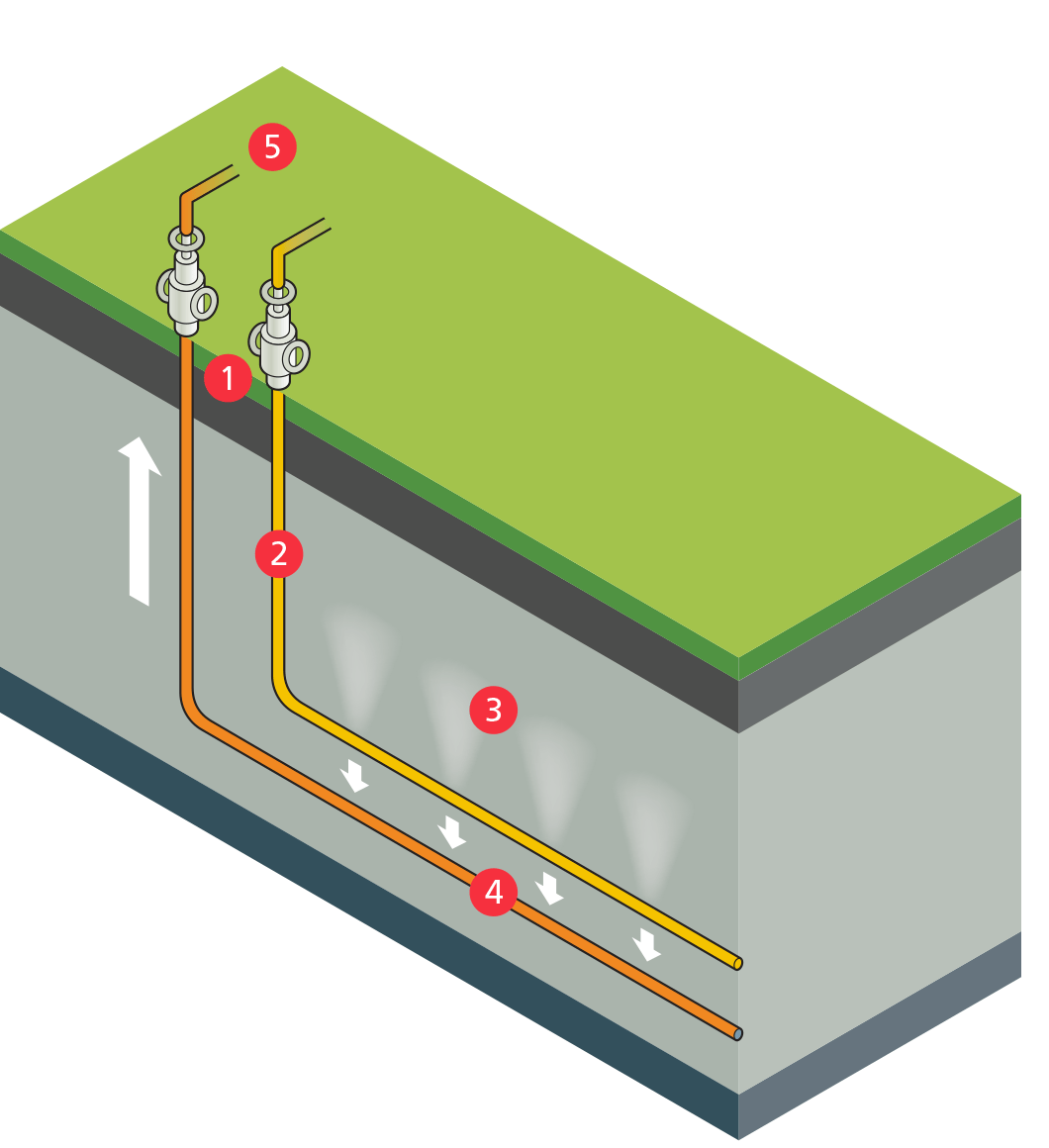 Suncor is committed to developing and maintaining positive, meaningful relationships with stakeholders.

Suncor provides stakeholders with opportunities to participate in an open and transparent consultation process that facilitates engagement, participation and input into both the Meadow Creek projects. We will provide regular updates to stakeholders as the projects progress.

We are committed to listening and communicating directly and openly with Aboriginal communities about events, issues and ideas.

An important part of this was updating the existing traditional land use and ecological knowledge by consulting with local Aboriginal stakeholders.

We have and will continue to work closely with Aboriginal communities throughout this process seeking to:

Suncor continues to explore and assess new processes and technologies to enhance environmental performance by:

Depending on the results of these assessments, Suncor may work to incorporate the latest information and technology developments into the Meadow Creek East and West projects to minimize our impact on the environment.

Conceptual reclamation plans for both Meadow Creek East and West are outlined within our applications. Suncor is committed to ultimately returning all lands disturbed by our oil sands mining and in situ operations to a self-sustaining boreal forest ecosystem.

Suncor’s investment in both of the Meadow Creek projects will benefit nearby communities through: