In 1917, the U.S.-based parent company, Sun Company, conducts business in Canada supplying lubricating oils, kerosene and spirits to war plants in the Montreal area. In 1919, the first Canadian office opens in Montreal as Sun Company of Canada.

During these early years, Sun Company also supplies fuel oil and gasoline brought in by rail from the U.S. and the company expands by opening offices in Toronto and London, Ontario. "Blue Sunoco", a single grade, no-lead product replaces previously sold gasolines.

Meanwhile out west, in a lab at the Alberta Research Council in Edmonton, Dr. Karl Clark works on the hot water extraction process that separates oil from sand – a process originated in 1923 and still used today.

The first Canadian office opens in Montreal as Sun Company of Canada.

The business grows and adds new product lines, including fuel oil and gasoline brought in by rail from the U.S.

Blue Sunoco gasoline replaces Sun's previous gasolines and is advertised as "the high-powered knockless fuel at no extra price." 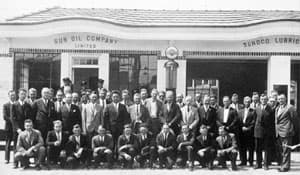 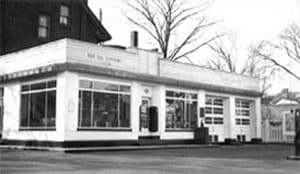 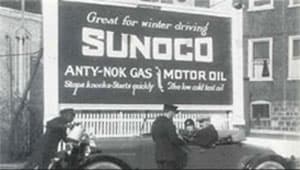 The 1930s and 1940s – the war and depression years – is a busy time for Sun Company. Sunoco gasoline service stations open in Toronto, Montreal and Quebec City, and the head office moves from Montreal to Toronto. There is expansion into the Maritimes with the presence of a large distributor in Nova Scotia and the investigation of oil wells.

The talk during these years is independence from foreign oil, which sparks evaluation of development of the Athabasca oil sands in Alberta.

By the late 1940s, plans are in place to build a 10,000 barrel refinery in Sarnia, Ontario. This, coupled with the dealer-owned service stations and impressive distribution network, helps to establish the company as a significant marketer of industrial and wholesale products.

If expansion is the focus in previous decades, the 1950s added the word "rapid" to it. The first producing oil well operates in New Norway, Alberta; a drilling program starts on Lease 86 (site of the current oil sands operations); and 100 Sunoco retail stations open in three years. The building and commissioning of the Sarnia, Ontario refinery occurs and Sunoco introduces a new, improved Blue Sunoco motor fuel to rave reviews.

This era also marks the re-interest in the Alberta oil sands when a federal government report indicates oil sands development is economical. Soon after, in 1953, Sun Company incorporates the Great Canadian Oil Sands Limited and begins acquiring patents and leases in Fort McMurray, Alberta. It is 14 years later that the company commercially produces the first barrel of oil.

Canadian headquarters of Sun Company moves from Montreal to Toronto.

Plans to build the 10,000 barrel refinery in Sarnia, Ontario begin.

New, improved "Blue Sunoco" motor fuel is a huge success with increased sales of up to 23%.

Canadian crude oil runs for the first time at the Sarnia refinery. 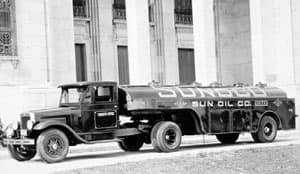 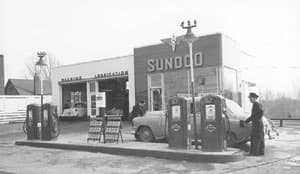 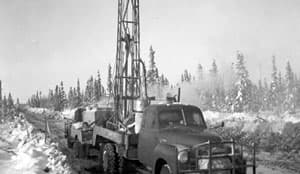 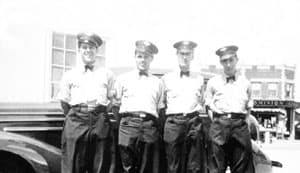 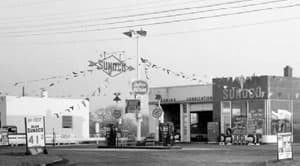