Fluid cokers are the workhorses of the upgrading process. They convert thick and sticky bitumen (also known as coke) in a heated reactor into liquid gas oils. But even something that important can benefit from improvements.
“We expect coke to build up on the surfaces of the reactor, but too much in the wrong areas can lead to operating issues,” says Evan Leblanc, Syncrude Technical Area Leader, Conversion and Distillation.

When excessive coke accumulates and limits fluidized coke flow, high-pressure cleaning is required to clear the buildup. In the past, this would have led to an unplanned shutdown of the unit with a hefty price tag and impact to production.

A team at Syncrude put a new technique to the test and it prevented an unplanned outage and developed a new way to manage fluid coker conditions going forward.

Evan and his team knew there had to be another way after considering the financial and safety and exposure risks. They decided to enlist the help of Syncrude’s Research & Development (R&D) team.

The R&D team have developed technology for the past 57 years, improving business and environmental performance. Their research and technology advances have greatly impacted the entire oil sands industry, including innovations adopted by Suncor operations. With the expertise and ingenuity of the R&D team, they identified an existing tool to clean the unit while it was in operation.

“We’ve used shed lancing tools before to do high pressure cleaning in cokers, but never with bitumen still in the unit. R&D designed a lancing tool specifically for this job,” says Mark Kelly, Syncrude Production Day Supervisor, Conversion South. Syncrude’s Conversion South team is responsible for operating and maintaining several units in the upgrading process, such as some of Syncrude’s diluent recovery units and fluid cokers.

“I’m proud of the team’s response, and willingness to challenge each other. Our field execution team was key in safely executing these critical tasks. We wouldn’t have been successful without their efforts,” says Mark.

Reflecting on the event, Maninder Nandha, Syncrude Business Team Leader, Conversion South, is excited about future benefits. “It is an important moment for Syncrude and fluid cokers in general. This will have many applications for us moving forward,” he says. “I credit this success to the team’s knowledge to succeed, courage and thoughtful planning. We trusted the data, did thorough risk assessments, had solid procedures, and applied learnings. We refused to give up.” 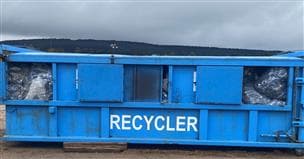 Turning things around for the community 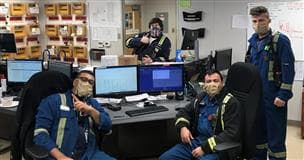 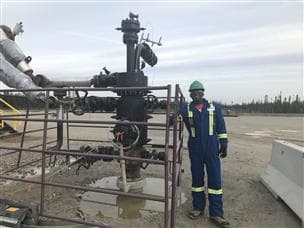 Vacuum insulation: not only for thermoses