Health and safety are priorities at the Rimouski terminal 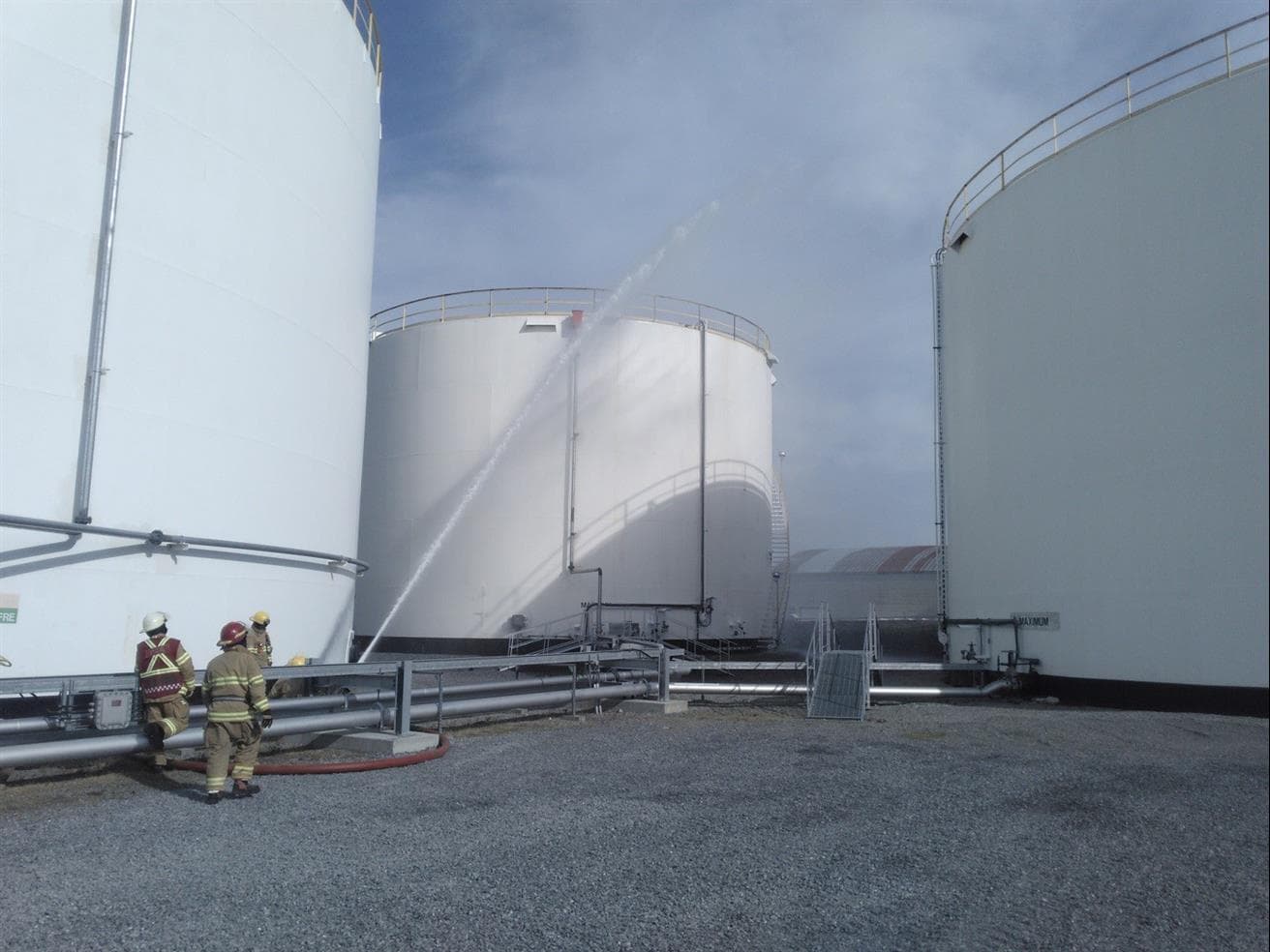 Suncor's activities at the Rimouski terminal are based on an approach that prioritizes the health and safety of our citizens, our neighbours and our employees. This includes responding to concerns about odours, which were raised by neighbours during a public information session in June 2017.

Among other things, we heard that gasoline odours were occasionally noticed during tank-truck loading,” recalls Hélène Gagnon, terminal supervisor. “Though the odours were found not to be a health risk, it was a priority for us to address concerns as quickly as possible.

To manage the problem, Suncor engaged PR'eautech, a Quebec-based company that specializes in odour management that previously worked at Suncor’s Montreal refinery. Now, a technology that uses gel plates is capturing, neutralizing and significantly reducing odours.

In the past several months, Suncor has also been working with representatives of the City of Rimouski to explore how we can further mitigate risks associated with terminal activities. This includes participating in a working committee to identify additional mitigation measures for the area surrounding the terminal. The work is also an integral part of the revitalization of Rimouski's industrial zone.

Suncor is focused on operating the Rimouski terminal safely and reliably while mitigating risks,” says Hélène. “Several preventative and emergency measures are in place, and we work with the City of Rimouski to regularly review and revise our emergency response plan. This plan is also tested on an ongoing basis.

Suncor will continue working with the City of Rimouski, including around the development of tools to keep citizens near the terminal informed of our activities and the emergency procedures and measures in place. The safety of our employees and our neighbours remains our top priority.