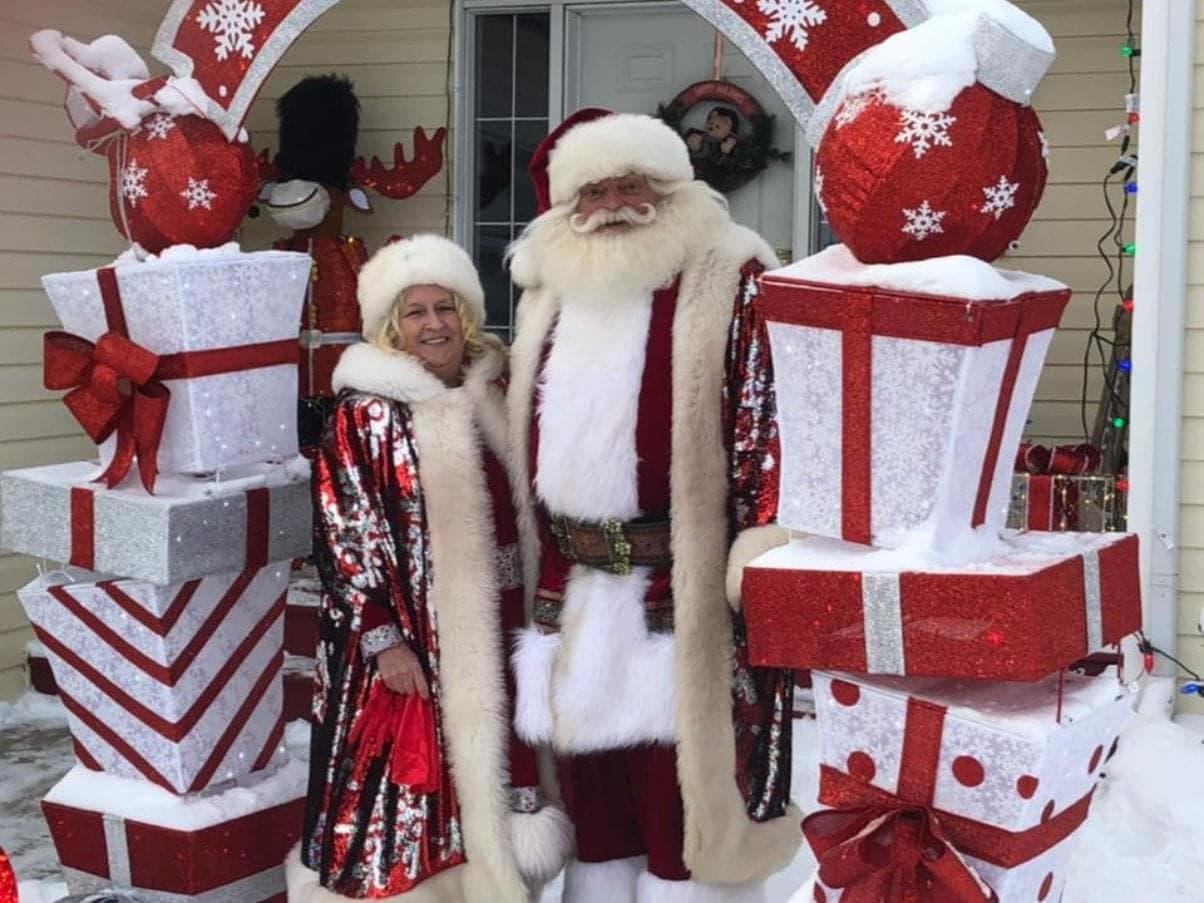 As Harry Budgell sits in his garage, handcrafting the “Santa Coins” to hand out for next year’s holiday season, he gives only one answer as to why he spends his holidays as jolly ol’ St. Nick.

“There’s nothing that can replace the feeling of being Santa,” says Harry. “When a little kid comes running up to me, I see pure joy in their eyes as they see Santa Claus. It’s a feeling you rarely get from anything else.”

After moving from Newfoundland and Labrador to work at Syncrude 20 years ago, Harry found a home in the community of Fort McMurray. The idea of becoming Santa started when Harry dressed as Santa as a joke while working in the control room on Christmas Day. Dressed in red, he handed out candy canes to those leaving the site after shift change.

After that, he became known as the Syncrude Santa on site and started getting asked to attend holiday parties. Since then, dressing as the man in red has become an annual holiday tradition—which now includes Harry’s wife as Mrs. Claus—that sparks joy across Fort McMurray Wood Buffalo.

“At many events we did in the area, we were paid in grocery gift cards,” explains Harry. “My wife and I both worked and had no need for extra money for groceries, so one Christmas we decided to drive up to Fort Chipewyan and use those gift cards to provide groceries for community members.”

Fort Chipewyan is about 300 kilometres north of Fort McMurray and only accessible by ice roads in the winter or by plane or boat the rest of the year, resulting in supply challenges. Many of the people living in Fort Chipewyan are members of Mikisew Cree First Nation, Athabasca Chipewyan First Nation and Fort Chipewyan Métis communities.

Harry’s initial visit to provide groceries to the remote community quickly turned into an annual event to supply groceries for the entire community. Harry and his wife are now paid exclusively in grocery gift cards for the Santa and Mrs. Claus events that they continue to do within Fort McMurray in support of their Fort Chipewyan trip.

Harry also added a fun addition to the gift cards: Santa Coins. Made by Harry himself and different every year, Santa Coins are sold throughout Fort McMurray as an additional fundraiser. Along with the coins, children receive an elf card for the holiday season. Using the elf card, children can collect stars from their families each time they do something nice. There are 24 spots for stars on the elf card and children need at least 16 to be placed on Santa’s nice list. It’s a fun activity to inspire kids to be nice to everyone they meet during the holiday season.

This year, through the money raised from selling Santa Coins and gift cards collected from events, Harry was able to deliver 200 bags of groceries to the community.

“Each bag of groceries we put together is done in memory of individuals that my family, or families in the community lost,” says Harry. “We put their names on the bags, so each year we have different colours and names on the bags. We’ve even had years where the bags represent the Elders of Fort Chipewyan. It’s a way to make the gesture mean that much more to us and to the community.”

Although he’s graduated from the original discount store suit to a custom-designed Santa suit, partnered with his wife’s custom Mrs. Claus suit, the idea for Harry the Syncrude Santa has never changed—sparking joy in all and contributing to the community where he lives and works.

For more information on Harry and where Santa is stopping this season, visit his Facebook page here. 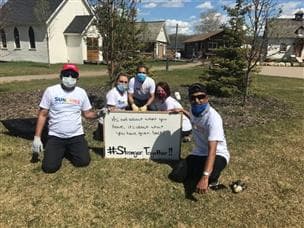 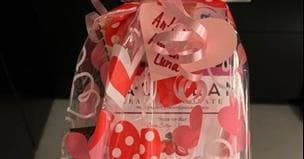 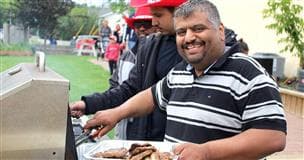 Five Suncor employees making a huge difference in their communities