Trigger Warning: The following story contains details that may be disturbing for some. If you or anyone you know is struggling with issues related to Murdered and Missing Indigenous Women and Girls, please call the toll-free, national crisis line at 1-844-413-6649.

On a bitterly cold winter night in 1981, Debbie Green’s sister, Laney Ewenin, died alone, with no shoes or jacket, in a frozen field outside Calgary’s city limits. She was 23.

Who left Laney in that remote field, near where a Costco now stands, was never confirmed. A police report on her death was never found and the autopsy report wasn’t shared with her family until 35 years later.

Tragically, Debbie’s sister’s story is not an isolated case. Indigenous groups such as the Native Women’s Association of Canada (NWAC) that track the number of murdered and missing Indigenous women and girls (MMIWG), estimate that there are 4,000 documented cases. The oldest case in NWAC’s database dates back to 1944, but there are likely cases even older than that.

“It needs to stop,” says Debbie, Advisor, Indigenous Workforce Development, Human Resources. “My sisters and I share our story whenever we can so that we can work toward a day when Indigenous People aren’t targeted and killed.”

Despite making up a fraction of the Canadian population (about 3 per cent), Indigenous women are 12 times more likely to be murdered or go missing than all other women in Canada combined.

In 2019, the final report from the National Inquiry into Missing and Murdered Indigenous Women and Girls (MMIWG) was released, and within it, 231 Calls for Justice, most of which have not been completed, and the conclusion that the acts of violence against Indigenous women, girls and gender-diverse People in Canada constitutes genocide.

On Oct. 4, Debbie will take part in one of the Sisters in Spirit vigils being held across the country to honour the memories of MMIWG. The event will include a march, drumming and singing, speeches and a sea of red clothing.

“Red is the colour the spirits can see,” explains Debbie. “Wearing red is a way of sending our loved ones home to the spirit world if they’re still lingering.”

Red dresses have become synonymous with MMIWG in Canada and the United States and can be seen hanging in windows, yards and even along highways to raise awareness of MMIWG on May 5 (Red Dress Day).

What can be done?

The National Inquiry into MMIWG, which was launched by the Government of Canada in response to the Truth and Reconciliation Commission of Canada’s calls to action (number 41), took two years and 2,400 people to complete; seeing an end to this crisis will take much more than that, but it is achievable. Although, Debbie doesn’t believe she’ll see a drastic reduction in MMIWG numbers in her lifetime.

“The inquiry tells Canadians what needs to be done, it’s just not being done yet,” says Debbie. “So far, efforts feel like doing work to the 48th floor of a building when you really need to be making structural changes to the basement.”

As hard as it is to hear Debbie’s story, she finds it healing to talk about Laney: “I always share my sister’s story to make it real. It’s one thing to read about in the media, but when you know someone that has been touched by MMIWG, it makes it relatable.” 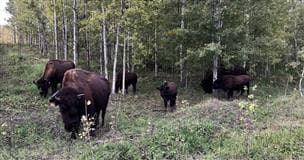