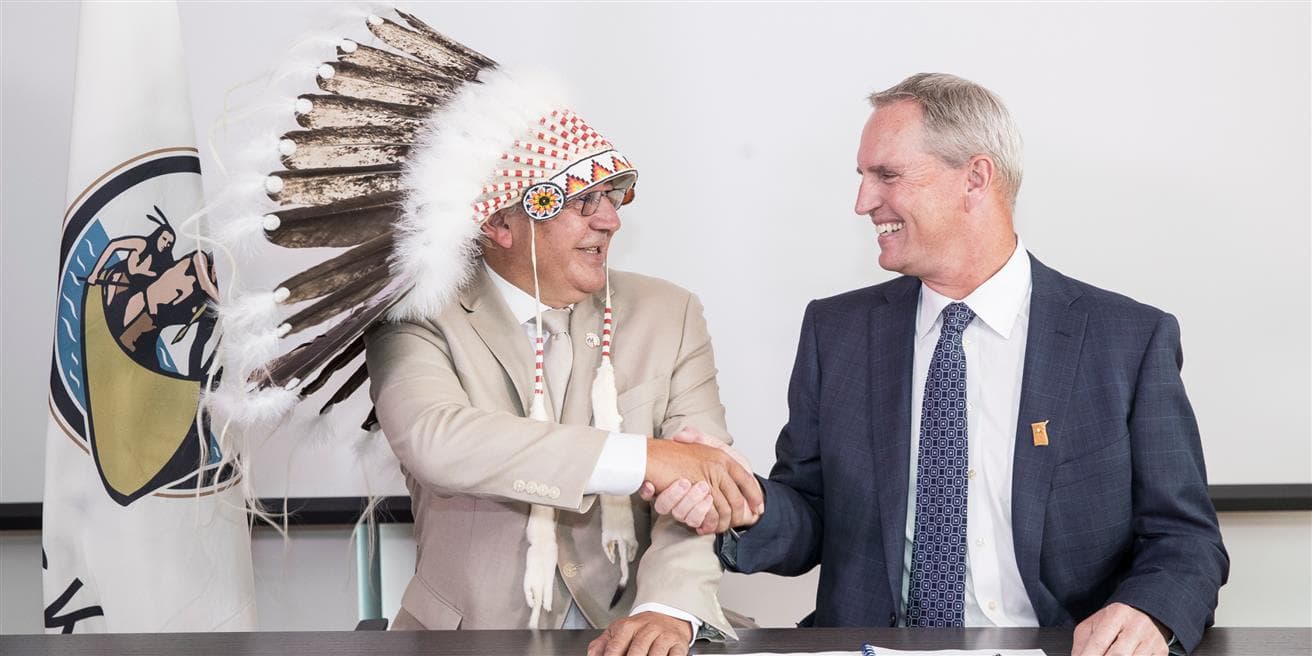 A unique partnership announced two years ago signaled a shift in how Suncor and Indigenous communities can work together. It’s a partnership we celebrated last week, not only for the benefits it has delivered, but for its influence on similar projects across the country.

On Nov. 22, 2017, Suncor, the Fort McKay First Nation (FMFN) and the Mikisew Cree First Nation (MCFN) announced that the First Nations had acquired a 49 per cent equity position in Suncor’s East Tank Farm Development (ETF-D) for $503 million. The agreement, called “Thebacha” – Dene for “by the river” – represented the largest business investment to date by First Nations in Canada. The East Tank Farm provides bitumen storage, cooling and blending services for the Fort Hills oil sands project.

Hailed as a “landmark agreement” by Suncor president and CEO Mark Little, the deal demonstrated the company’s commitment to a new type of engagement – one focused on reconciliation as part of its long-term sustainability goal. The deal built on decades of community engagement, regulatory consultation and business partnerships between Suncor and Indigenous groups, all committed to responsible resource development.

Fort McKay adds that the agreement has created educational opportunities, funded health and wellness, recreation and cultural events, and, financed community infrastructure and housing. Similar positive impacts are being generated for the Mikisew Cree First Nation.

“The partnership between Mikisew Cree First Nation, Fort McKay First Nation and Suncor Energy on the Thebacha project has provided Mikisew with the financial means to address critical community priorities like housing, culture, educational support, economic sustainability, community infrastructure, youth and elder care,” says Chief Archie Waquan of the Mikisew Cree First Nation. “Having strong partnerships that allow us to improve the quality of life of Mikisew members is a strategic priority for our nation.”

The two First Nations independently financed the acquisition. Through the agreement, the Fort Hills partners (Suncor, Total E&P Canada and Teck Resources Limited) pay a monthly fee for use of the facility. For Suncor, Thebacha is an example of how the company is taking a different approach to sustainability.

“Broadening our views on Indigenous partnerships is critical for future energy development,” says Mike MacSween, executive vice president, Upstream. “Thebacha stands as a model for what’s possible, and a great example of how industry and Indigenous communities can do things differently to benefit from long-term opportunities.”

The East Tank Farm deal will provide a steady stream of revenue to both FMFN and MCFN for a minimum of 25 years.