Suncor is the first oil sands company to reclaim a tailings pond to a trafficable surface, able to support the weight of vehicles. The pond was transformed into a 220-hectare watershed, named Wapisiw Lookout, capable of supporting a variety of plants and wildlife and composed of:

Learn more about this milestone:

Read Rick George’s remarks on the reclamation of Wapisiw Lookout

Watch a video about the reclamation of Wapisiw Lookout

The history of Wapisiw Lookout

Dikes were built to create a wider and deeper basin until eventually the tailings pond was lifted about 100 metres above the Athabasca River, with a circumference of about three kilometres. Over the years, Suncor added more and larger tailings ponds to its oil sands site to keep up with the company’s growth. The biggest challenge with the tailings was that not all the solids settled out, even after many years.

Managing oil sand tailings – and specifically how to return the land to a natural state – became an important focus for Suncor.

The challenge of reclaiming a tailings pond in the Alberta oil sands has never been accomplished before. View the images for highlights on how we made it happen.

Constructing the surface of Pond 1 and covering it with a 50-centimetre deep layer of soil — about 65,000 truckloads. 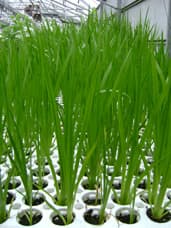 Collecting seeds from local trees and shrubs, and growing seedlings in the greenhouse.

Planting a cover crop of native grasses and oats. 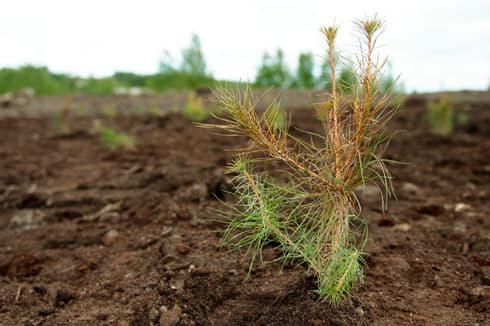 After that, the new growth was fertilized and monitored.

Over the next few decades, we will closely monitor progress on Wapisiw Lookout, including the growth of 620,000 trees, shrubs and aquatics planted in 2010. Ongoing soil, water, vegetation and wildlife assessments help ensure this site is on course for return to a self-sustaining boreal ecosystem.

Our commitment to reclamation

Wapisiw Lookout site is a significant step in reducing our environmental footprint. We are using knowledge gained there, along with new and developing innovations in oil sands tailings management, to speed up the reclamation of existing tailings ponds.

Learn more in our Report on Sustainability: