We are improving our operations through recent safety and reliability upgrades to our gasoline-making units. 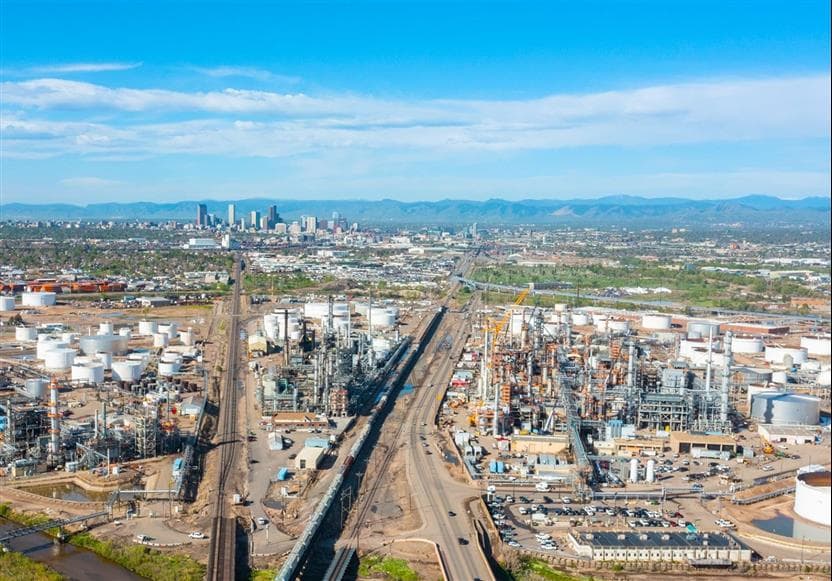 Increasing the safety and reliability of our primary gasoline-making units

In this update, we highlight our project to increase the safety and reliability of one of our primary gasoline-making units – the fluid catalytic cracking unit, also known as an FCC – in Plant 2. Producing approximately 8,500 barrels of gasoline per day, the Plant 2 FCC allows for the critical production of fuel for Coloradans.

Our refinery has two FCC units, one in Plant 1 and one in Plant 2. The FCCs operate continuously for the majority of the year, but an FCC may need to shut down for any number of reasons, including a change in temperature, change in pressure, power loss, or maintenance. Over the past two years, we have made significant improvements to the shutdown process in both FCCs. We completed upgrades to the automated shutdown system of the Plant 1 FCC in June of 2021.

Our recent improvements in the Plant 2 FCC are a continuation of the important work we completed in August 2020, where we installed an automated shutdown system within the distributed control system (DCS). The DCS is a computerized process control system.

This year, we further improved the Plant 2 FCC by installing a programmable logic controller (PLC), which is an additional computerized process control system that provides an independent layer of control for the FCC shutdown process.

Together, the DCS and PLC allow for independent layers of protection, helping to ensure that the shutdown system operates at a high level of reliability, while also increasing the efficiency, speed, and reliability of the shutdown process.

In addition to the upgraded computer systems, we installed new critical hardware including automated shutdown valves and hydraulic pressure units. These new pieces of hardware isolate and seal off processes during a shutdown to greatly reduce the potential for releases of catalyst (made up mostly of clay and sand) used during the gasoline making process.

“The Plant 2 FCC can quickly and safely shut down for any reason, such as a power loss. The independent layers of protection provide an additional level of reliability  to contain catalyst within the FCC unit,” said Donald Austin, vice president of the Commerce City Refinery.

The FCC project was a significant investment for Suncor Energy (U.S.A.) Inc., with total costs surpassing $12 million. 115 employees and contractors, ranging from automation engineers to skilled craftspeople, worked over 81,000 hours on the project to make the upgrades possible. To ensure the project’s success, we also invested in extensive training to provide the team with the right knowledge, skills, and capabilities. This included formal instruction, dedicated sessions on the equipment, and opportunities for staff from different areas to collaborate and learn from each other.

“The upgraded automated shutdown system for the Plant 2 FCC allows for the critical production of reliable and quality fuel and petroleum products for Colorado,” said Clarke Stoesz, operations, maintenance, and technical lead of capital projects at the refinery. “We are proud of all the hard work and thousands of hours our team invested in this project to ensure Plant 2 is operating in a safe and efficient manner.”

Upgrading the FCC shutdown systems also completes the required elements from the 2021 Improvement Plan, enhancing safety for the surrounding community. The improved FCC automatic shutdown systems demonstrate the many steps we are taking to ensure safe and reliable operations at the Commerce City Refinery.