COVID-19 the fight of his life: Jason’s story 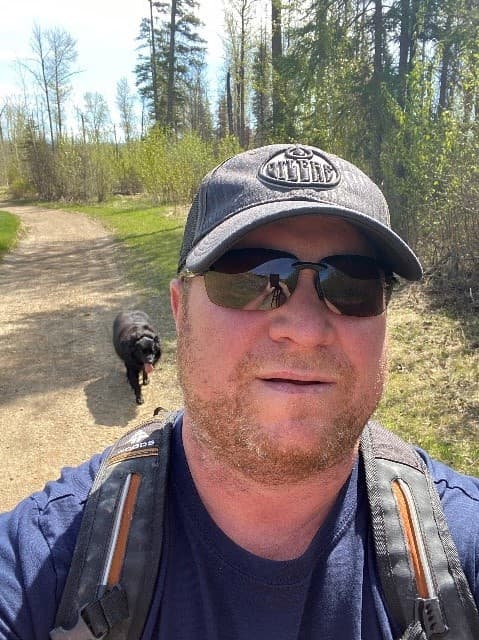 Jason Sinclair was doing all the right things when he tested positive for COVID-19 in April. The Day Shift Supervisor at Suncor’s Upgrading operations diligently wore his mask, kept his distance and followed public health guidelines.

So it knocked the breath out of him, figuratively and literally, when he learned his test result. Just days after, his condition took a serious turn from the initial mild symptoms he was experiencing.

“I was laying in bed and one day I just couldn’t move and couldn’t breathe, and I called 911,” says Jason. Because of a shortage of beds in the intensive care unit at Fort McMurray’s Northern Lights Regional Health Centre, Jason spent two days in the emergency room on a CPAP machine. The 46-year-old says it was the sickest he’s ever been. Altogether, he was in the hospital for nine days, all of it on various breathing supports.

“I tried to get out of that hospital so many times but they wouldn’t let me,” he says with a laugh.

The road to recovery has been a long one. Even though he’s been out of the hospital nearly a month, he still hasn’t been cleared by his doctor to return to work, and continues to experience some of COVID-19’s most notorious symptoms. You can even hear it in his gravelly voice on the phone.

“And my sense of taste is just coming back. My first day back from the hospital, somebody dropped off a big prime rib. I put it on the barbecue and I couldn’t even taste it.”

He also won’t be eligible for the COVID-19 vaccine for several months because he’s still immunocompromised. That’s why he feels strongly about the importance of following protocols, and wants to see everyone do their part to keep others safe.

“When I was still at work, there were people out there who wouldn’t wear their mask. That would tick me off. I said to one guy, ‘you know the mask isn’t just for you, it’s for other people as well.’”

Jason, a Suncor employee for 23 years, isn’t shy about calling out unsafe behaviour, but hopes that when he returns, his co-workers will be following all protocols.

“I’d get in arguments with guys about wearing a mask. I think now if I ask them to put a mask on, they’ll just put their mask on because they know I’ve been through it. I just finished recovering from what was almost a fight for my life.”

He’s thankful his teenage children didn’t contract the virus, and to this day he’s still “blown away” that he tested positive and has no idea where he might have been infected. He’s hopeful it won’t be much longer until he feels more like himself again.

“I take my dog for walks and as soon as I hit a hill, I’m done. I don’t have the energy to get up hills. I lose my breath still,” he says. “Everybody thinks you’re OK once you get out of the hospital, but I’m not OK yet.” 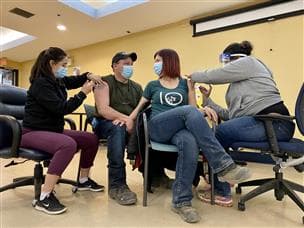 We’re ready to take our shot 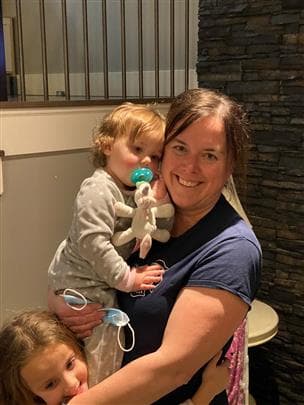 No one is immune to COVID-19: Vicki’s story