Since 2016, agreements that guide Suncor and the Indigenous communities as they work together have been signed with several First Nations and Métis communities in the RMWB.

Working committees—consisting of both Suncor and community representatives—carry out the day-to-day activities and ensure the agreements are successfully implemented. 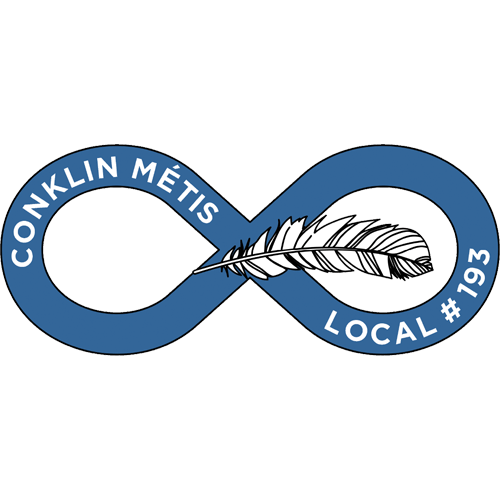 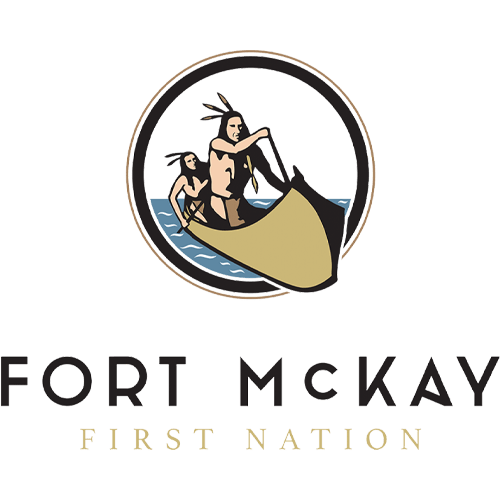 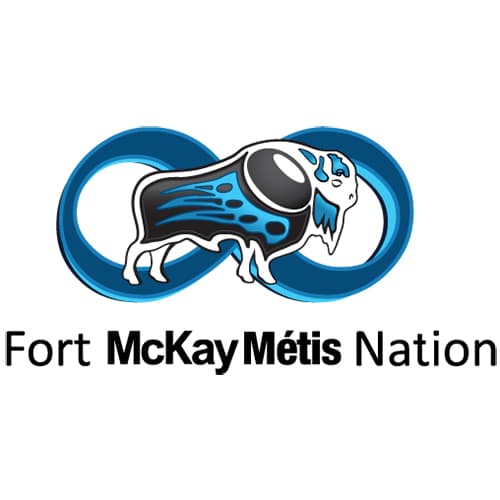 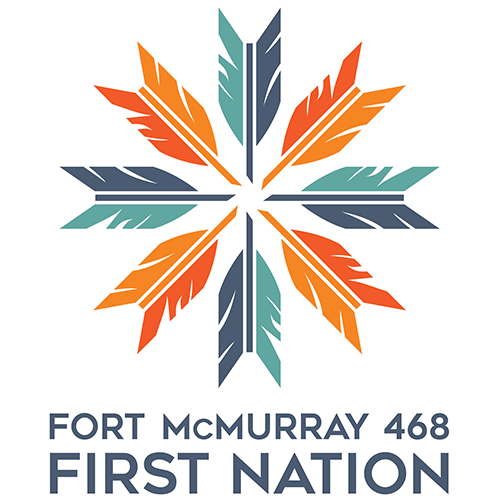 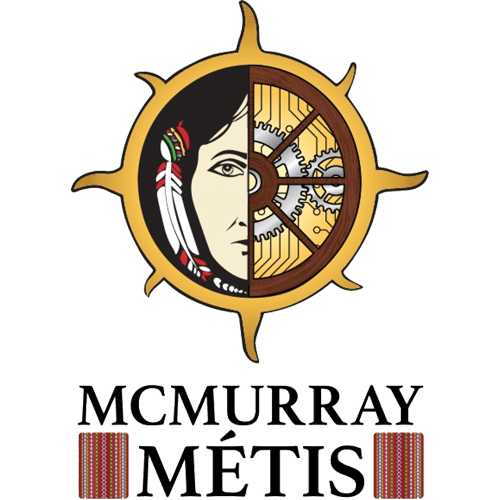 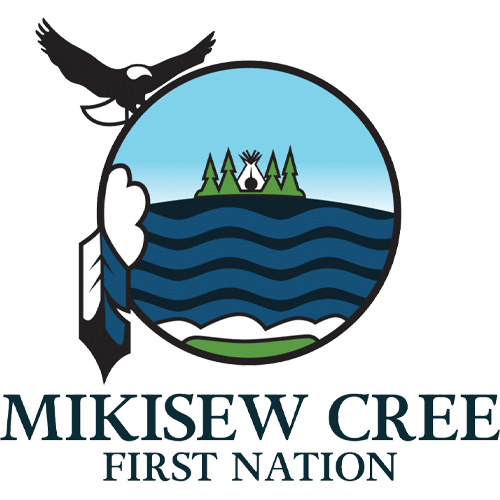 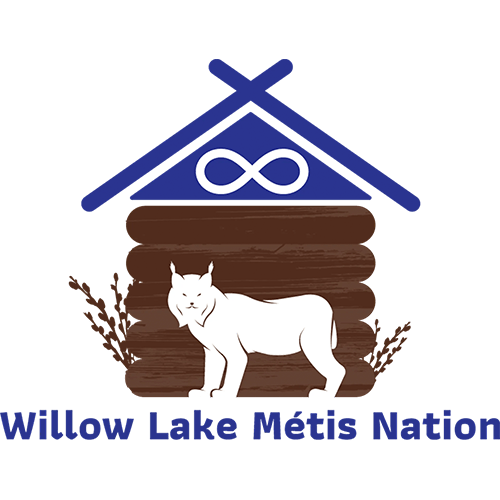 Conklin Métis Local 193 (Conklin), once known as Nakewin—a Cree word that means “stopping place,” is a northern and rural hamlet in the Regional Municipality of Wood Buffalo. The community is situated approximately 155 kilometres southeast of Fort McMurray and consists primarily of Métis people. Astoundingly, the descendants of the original founding families that trace back to the late 1700s remain in the Conklin area.

The main feature of the community is Christina Lake, a trophy fishing lake that has been the centre of the lives of Conklin’s Métis population for generations. Today, the bodies of water and surrounding tributaries remain significant areas of importance and holds a profound and sacred meaning to the people of Conklin.

Fort McKay First Nation has nearly 900 band members, with about half living in the on-reserve section of the community of Fort McKay—located 60 kilometres north of Fort McMurray, on the shores of the Athabasca River. The Nation’s members are of Cree and Dene heritage.

The Nation is governed by an elected Chief and Council, while administrative and operational activities, including programs and services, are managed by a Chief Executive Officer.

In addition to the Fort McKay community, Fort McKay First Nation has reserves 174A at Gardiner (Moose) Lake and 174B at Namur (Buffalo) Lake, which are about 65 kilometres northwest of Fort McKay.

Moose Lake is the traditional home of what is now the Fort McKay First Nation. After hearing stories of neglect and abuse from the families of Indigenous children taken to attend residential schools, Cree and Dene families persuaded the Indian agent to build a day school at the Fort McKay fur trading post. Families then moved from Moose Lake to form a community that would enable their children to return home each night. Though this compromise meant children could remain at home, the move didn’t happen without personal and cultural losses. At that point, some children had already been taken to residential schools, some who came later to live in Fort McKay attended residential schools, and some never came home.

Moose Lake is a culturally significant area for Fort McKay First Nation. The Nation worked with multiple governments over two decades to develop a Moose Lake Access Management Plan as an important step towards the protection of Moose Lake and the Nation’s constitutionally recognized and affirmed s.35 Treaty rights. This plan was approved in February 2021.

Fort McKay First Nation takes a balanced approach to resource development and is a relationship-builder. Revenue generated from impact benefit agreements with oil sands developers and Nation-owned businesses (established in 1986) are invested back into the community through infrastructure, programs and services that benefit all members. Focusing on business diversification, Fort McKay First Nation is working towards its vision of a healthy and sovereign Nation enjoying culture, educational, employment and economic successes.

Fort McMurray 468 First Nation (FMFN468) is a Cree band located less than 40 kilometres from Fort McMurray, Alberta. Members of FMFN468 can trace their ancestry to the Woodland, Plains Cree, Chipewyan, and Beaver people of Alberta.

The nation signed adhesion to Treaty 8 in 1899, and was part of the same band as Fort McKay First Nation until separating in 1942.   FMFN468 is also a member of the Athabasca Tribal Council (ATC), which represents five First Nation bands in northeast Alberta.

FMFN468 is made up of four reserves:

The Fort McMurray Métis Local #1935 (McMurray Métis) was founded in 1987 and governed under thebylaws of the Metis Nation of Alberta by an elected local council.

The McMurray Métis is accountable to its membership with a mandate to pursue the advancement of the Métis people of Fort McMurray and northeastern Alberta. Achieving this requires the ongoing promotion, pursuit and defense of the Aboriginal constitution and other rights. This occurs through engagement with government, regulatory agencies, stakeholder organizations and the courts, when necessary.

The Métis are one of the recognized Aboriginal peoples of Canada, under Section 35(2) of the Constitution Act, 1982.

Mikisew Cree First Nation (MCFN) is an Indigenous community located in Fort Chipewyan, Alberta, approximately 220 kilometers north of Fort McMurray and 590 kilometers north of Edmonton. MCFN is a signatory to Treaty 8. The traditional territory of MCFN expands across northern Alberta into the Northwest Territories. Much of MCFN’s territory is within a highly industrialized region – most significantly with the oil sands development in the Lower Athabasca Region.

MCFN’s lands and rights depend on the Peace-Athabasca Delta and surrounding waters. The heart of MCFN’s traditional territory is the Peace-Athabasca Delta, which is a UNESCO protected site partly within the Wood Buffalo National Park, as well as the Athabasca River system, which is the epicenter of the oil sands region of Alberta.  MCFN has Treaty and Aboriginal rights that are constitutionally protected under section 35 of the Constitutional Act, 1982. MCFN has the right to practice its section 35 rights throughout the area covered by Treaty 8.

Willow Lake Métis Nation (WLMN) is a Métis community that has members who now mostly reside in the community of Anzac, Alberta. WLMN’s roots lie in the history of the fur trade in Alberta and the economic and political circumstances that evolved during and after the fur trade.

The historical Willow Lake community was close to trade and travel routes that connected Fort McMurray and Willow Lake to Lac La Loche to the east, to Fort Chipewyan to the north, and to Lac La Biche to the south. Willow Lake Métis people lived on and derived their livelihood from the lands between these locations through much of the later fur trade period. WLMN people continue to use these lands to exercise their Indigenous rights, sustain their culture and identity as Métis people, support their community, and pass their knowledge and way of life on to their descendants. Key Métis family lines represented in the WLMN community include Bourque, Cardinal, Huppie, Lavallee, McKenzie, Quintal, and Whitford.

Many of the personal histories of present-day WLMN members reflect the history of northern Alberta (including the Lac La Biche and Fort McMurray regions) and Métis culture and connection to the land. Cultural practices that characterized Métis communities in northeastern Alberta before European control included living off the land by hunting, trapping, fishing and plant gathering, supplemented with varying degrees of wage labour.

Many present-day WLMN members were taught harvesting skills by parents and grandparents who were highly experienced in hunting, trapping, fishing, and plant gathering. These cultural practices continue to be taught on traplines that have been in their families for several generations. WLMN members also value traditional practices that continue to characterize the community, such as sharing food and labour, caring for Elders, and gathering to feast and dance and tell stories. These traditional cultural practices continue to connect them as a Métis community today.

The WLMN community are connected through kinship, economic interests, and political ties with surrounding First Nations and Métis communities in northeastern Alberta.

Energy for the Future