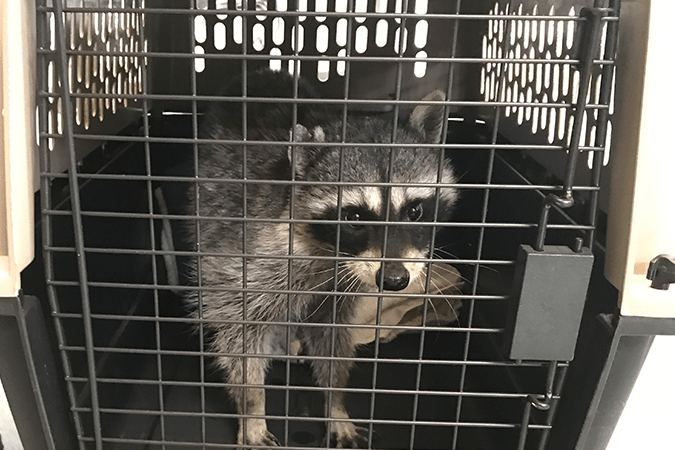 The workers at Suncor’s Burrard Products Terminal are no strangers to wildlife, working among more than 255 acres of forest in Port Moody, B.C. But  2019 marked the first time a wounded animal walked into a building.

A raccoon in distress, who was later affectionately named Larry, slowly waddled through an open door in the maintenance building. He had been attacked by crows and settled into a corner of the lunchroom.

“Larry was a strange circumstance,” says Duane Kozub, maintenance co-ordinator at the site. “The wildlife in the area can be quite docile and appear tame, but rarely do they walk into a building. We knew something was wrong.”

To give the raccoon his space, the Burrard team put up a sign on the lunchroom door and tried to contact organizations that assist with injured wildlife. Eventually they reached Critter Care Wildlife Society, who arrived within the hour.

Critter Care handled the situation swiftly and safely and Larry was released back into the wild.

It’s important to remember that although the raccoon seemed docile and quiet, it’s still a wild animal that can be dangerous and should be respected.

Duane says this experience was an excellent demonstration of how the Burrard team quickly and safely addressed a situation that could have otherwise escalated.

“Our team members, Jocelyn Schonekess and Kate Lawrence, who originally discovered Larry, did all the right things,” he says.

“They realized that the racoon’s behaviour wasn’t normal, raised awareness to a supervisor, and then worked to understand the situation and determine what needed to be done next. Without their action, the raccoon could have gotten aggressive and attacked, which sadly could have led to him being put down.”

While the maintenance building provided a safe haven for Larry, the team is also taking measures to ensure doors of the facility aren’t left open in the future. 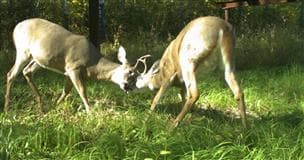