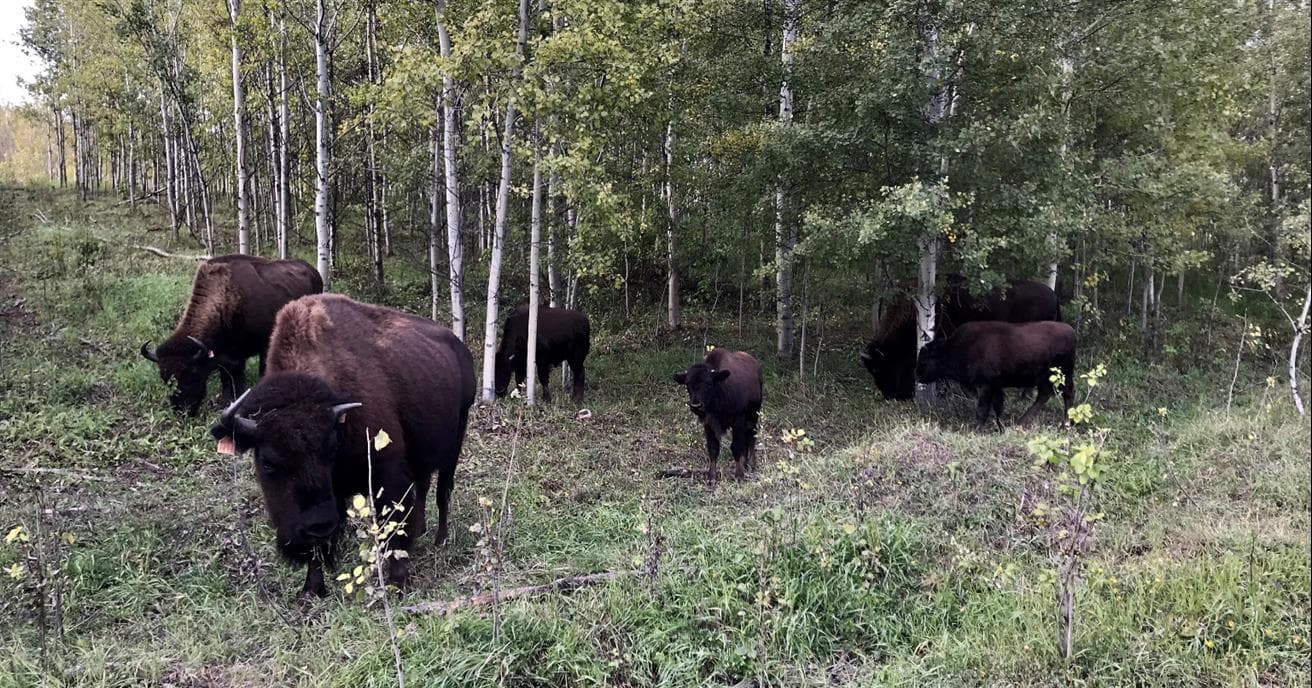 Thousands of years ago, it’s estimated that as many as 168,000 wood bison roamed the boreal forests of Western Canada and much of the Northwest Territories, Yukon and Alaska. Their hooves transported seeds with every heavy step, their waste nourished the earth as they traveled, wisps of their thick fur was used by birds for nests and Indigenous People relied on the wood bison for everything from food to shelter. Wood bison were vital to all life in the north.

By the late 1880s, the mighty creatures that shaped the ecosystem and inspired traditional teachings, were almost completely extinct. Today, wood bison are listed as threatened in the Species at Risk Act with a population of an estimated 10,000 in Canada.

Efforts to restore wood bison numbers are being made, including work done by Syncrude—a company Suncor has been working closely with over the past few years. In late 2020, the relationship developed further when it was announced that Suncor would be the principle operator of Syncrude by the end of 2021.

In consultation with the Canadian Wildlife Service and Fort McKay First Nation, Syncrude reintroduced wood bison to the region. In 1993, 30 wood bison were relocated from Elk Island National Park near Edmonton to reclaimed land at Syncrude’s Mildred Lake site north of Fort McMurray. Elders from the Fort McKay First Nation held a ceremony to bless the herd when it arrived.

The daily care and management of the animals is overseen by Syncrude’s Tailings and Lease Development team along with the Fort McKay First Nation.

“The wood bison herd symbolizes Syncrude’s commitment to be a responsible oil sands producer,” says Jesse Hall, Manager, Tailings and Lease Development. “The herd demonstrates our commitment to reclaiming the land disturbed by our operations and our commitment to working with Indigenous communities in the region.”

Every year, new calves are born, tagged, given thorough health checks and all their annual vaccinations before being set to graze on various reclaimed areas. This includes the South Bison Hills area, which can often be seen from the Wood Bison Viewpoint off Highway 63 near Fort McMurray.

Now, almost 30 years later, the herd has grown to close to 300 and on September 30, Suncor will welcome them along with Syncrude employees on the first day of

Syncrude’s integration into Suncor, which is also Canada’s first National Day for Truth and Reconciliation.

“A large part of the value of the Syncrude project is the people who know and run the asset,” explains Mike MacSween, Suncor’s Executive Vice President, Upstream. “Syncrude is a large and complex operation and will continue to need a skilled workforce—one that continues to be high demand—to operate it.”

Like Suncor, Syncrude has been in the Wood Buffalo region for around 50 years and is known for being a leader in Indigenous relations. Ten per cent of Syncrude’s workforce are Indigenous Peoples.

Syncrude’s work with Indigenous communities in the Wood Buffalo region is highly respected and often emulated. A stronger relationship between the two companies will strengthen both Suncor’s business and its commitment to Reconciliation through the Journey of Reconciliation by combining experience, shared values and commitments by both companies. 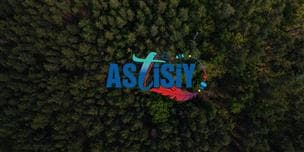 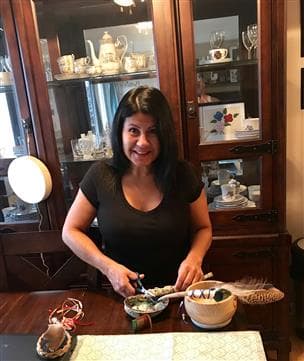