“It was a very exciting day,” says Ashwani Sharma, as he recalls the anniversary of first oil at MacKay River 20 years ago. “It was a dream for an operator to work on a facility from scratch. We were just the fortunate ones, very curious about how it was going to go.

Ashwani, or Ash, as he’s more commonly known by his colleagues, started as a shift supervisor in operations at MacKay River in 2001. He was part of a small team of 50 people who officially started up the facility in September 2002.

MacKay River was Suncor’s first in situ facility and the second commercial steam-assisted gravity drainage (SAGD) project ever built—new territory for most of the team who helped start it up.

“Reflecting back, we were pioneers in commercializing SAGD,” says Nathan Kupsch, General Manager of Reservoir Engineering, who played a pivotal role in the start-up of the site. “There were so many unknowns in the early days but our technical and operating teams, along with our many contract partners designed, built and have operated an asset that is still an industry standard today.  Over the past two decades, we have applied  innovative solutions drawing on a diverse mix of talent and experience. And the personal ownership all these people have to the MacKay River site is incredible.”

The highlight for the team was starting up the facility and achieving first oil. MacKay River was originally designed to produce 30,000 barrels per day (bpd), but with the introduction of new technologies, it has expanded to 38,000 bpd. To date, the operations have produced 187 million barrels of oil—enough to satisfy Canada’s current oil demand for almost three months.

“The success of MacKay River over the past 20 years would not be possible without the hard work and dedication of all of our staff,” says Adam Albeldawi, Vice President of Operations, In Situ. “While we have a long and proud history, we’re not nearly done. MacKay River plays an important role in Suncor’s integrated portfolio, and we see the asset continuing to safely and reliably produce for many years to come.”

After 18 years of working at MacKay River, Ash moved to the training department in Regional Services managing Suncor’s maintenance learning for the whole Wood Buffalo Region. Although he gets the chance to visit MacKay River every now and then, there’s one thing he misses most: “MacKay River is a facility where everyone’s just like family. That’s something—no matter who, when and where you worked there—that everyone appreciates.”

Supporting the Centre of Hope 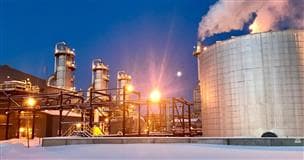 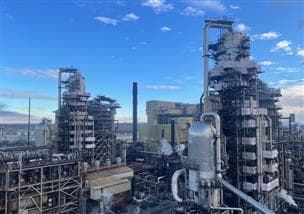 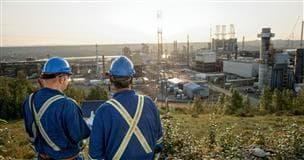